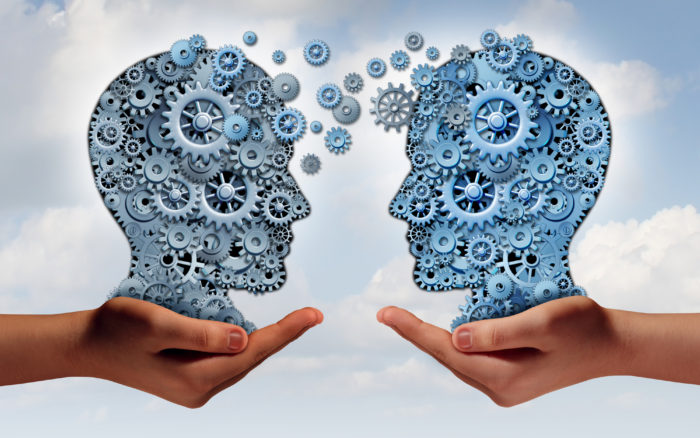 Without the right trading psychology, trade management is almost impossible.  The disposition effect is the tendency for an investor to take profits too quickly while holding on longer to losing trades.  And holding the losers too long is just another way of saying the trader reverts to hope as a strategy.  This disposition effect is like a trader volunteering for a slow and painful disappearance of funds.  Behavioral studies suggest that the two most influential factors in making trading decisions are genetics and experiences. Oddly, some of the things that are good in life can work against us when trading.

As children, most of us are taught and even encouraged to be hopeful, optimistic, and not to dwell too long on the negative.  Unfortunately, this training can be fatal if adapted into your investment strategy.  Persistence is not a binary trait for humans that we turn either “on” or “off.”  Almost every trader has had the experience of projecting their own hope and persistence on to a losing position.  Our persistence is one end of a sliding scale with something very similar to stupidity at the other end of the spectrum.  Furthermore – almost all of us are too quick to blame ourselves when a trade goes bad –  though most often the circumstances to blame are beyond our control.  To cut losses at a reasonable point often requires us to immediately suspend all hope and optimism, while at the same time having to admit our trade, in spite of our best efforts – just isn’t working. I must learn to fight only the battles I can easily win.  If you can’t learn to exit trades properly without taking it personally, you will get ping-ponged between fear and greed while you are losing your money.  This is both painful and very expensive.

In The Art of War  by Sun Tzu, it is written:

He will win who knows when to fight and when not to fight.  Do not fight battles you cannot win.

My theory is that Sun Tzu didn’t know it – but he was talking about how to cut your losses when trading.  The full explanation for this (at least to me) comes in two parts:  Part One: When selling commodity options, my rule of thumb is to exit when/if the premium doubles.  If I sell an option for $200 and the premium doubles to $400, I close the trade. Since I was initially credited 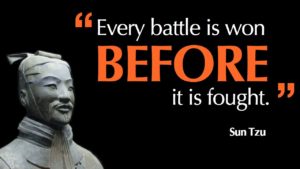 $200, my loss is held to $200 ($400 minus $200.)  Since I only sell options with a 90% to 95% chance of expiring worthless, I have great odds for profitable trading – but I can’t accomplish this if I allow myself to hold ALL my trades until expiration.  Figuratively speaking, I must draw my sword and quickly cut off the head of a losing trade before it injures me to a serious degree.  I cannot hold losing trades too long and be successful.  I must realize that there is no trader in existence (except “trade like Chuck”) who wins them all.  To take losing a trade personally, you have to  believe you are infallible. Such hubris is ridiculously useless.

Part two: There are no infallible trading systems.  There is no list of “four rules” or even 50-rules that will keep a trader from having losing trades.  Haven’t you ever wondered – with all the smart people who trade and there are literally millions of them – why at least four or five thousand of them can’t deliver a list of infallible trading rules?  If you think such systems that can prevent losses exist, then you are playing checkers when you should be playing chess.  The goal is not to avoid losing trades; this is impossible.  The goal is to learn to limit the losses, so they may be easily exceeded by your profits.  How can I be so sure that nobody has a winning set of rules that will allow me to trade with NO losses?  I will use the late, brilliant mind of Stephen Hawking to explain it: 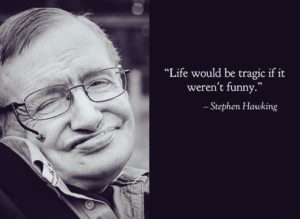 So I will take a chapter from Hawking’s book and tell you that if it is possible to have a set of trading rules that would prevent all losses, then someone would have already done it.  I am saying that out of millions who have tried, no one ever has.  If you think you will be the first, good luck to you.   When you change your thinking about trading, you will change your trading.   Until then, you are playing checkers.  You will be like the guy who says he will never stop smoking because he’s not a quitter.

SIGN UP NOW FOR OUR NEWSLETTER WITH A 14-DAY FREE TRIAL OFFER. NO CREDIT /DEBIT CARD REQUIRED. WELCOME! – DON

The commentary and examples are for teaching purposes only and are not intended to be a trading or trade advisory service. Any investments, trades, and/or speculations made in light of  the ideas, opinions, and/or forecasts, expressed or implied herein on the web site and/or newsletter, are committed at your own risk, financial or otherwise. Trading with leverage could lead to greater loss than your initial deposit. Trade at your own risk.   Investors and traders are responsible for their own investment/trading decisions including entries, exits, position, sizing and  use of stops or lack thereof.  This is not a trade advisory service and is for educational purposes only.

This site uses Akismet to reduce spam. Learn how your comment data is processed.

Actual real trade illustrations, so you can learn how.

For more INFO please click TastyWorks logo below, thanks: